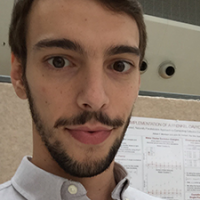 Adrian Morrison received a B.A. in chemistry from Ohio Wesleyan University in 2012 and is currently a Ph.D. student in Prof. Herbert’s group at Ohio State University, working on methods for excited states and high-performance computing.

The treatment of the excited states of aggregates as coherent superpositions of excitations that are localized on molecular sites, the so-called molecular exciton model, is an influential and venerated idea that offers new benefits in the context of modern quantum chemistry. I will detail the Ab-Initio Frenkel Davydov Exciton Model, a method that constructs an exciton-site basis from isolated fragment ground and excited state calculations that is then used to compute matrix elements of the full Hartree-Fock hamiltonian. Diagonalizing this hamiltonian can yield excitation energies within several tenths of an eV of traditional supersystem approaches and the excitonsite basis offers insights into excitation energy transfer processes. Furthermore, the embarrassingly parallel nature of the algorithm allows the method to outperform traditional approaches in many cases. I will also describe the TDDFT(MI) approach, where the approximations of an exciton model have been applied within the framework of TDDFT, that reduces cost relative to traditional approaches while maintaining accuracy within a fraction of an eV. This method is particularly well suited to localized excited states, as species that do not participate directly in the excitation, such as explicit solvent molecules, can be treated with negligible added cost. 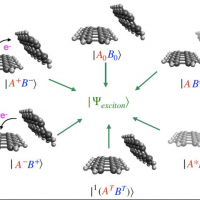 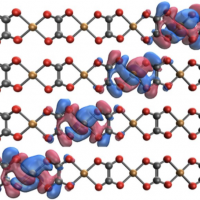