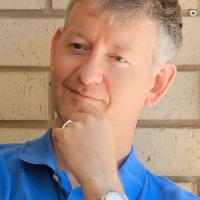 Peter has earned a laudable array of achievements and commendations throughout his career, including the Dirac medal in 1999 and the Schrodinger medal in 2011. Among these many achievements, he was a founder of Q-Chem in 1993 and has been President of the Board of Directors since then.

Q-Chem is a large and complicated software package that offers a wide range of quantum chemical calculations using both wavefunction-based and density-based methods. But how should a prospective user start a conversation with such a formidable friend?  Should one begin by reading the 1100-page User Manual?  Or is there a better ice-breaker?

Several years ago, Dr Andrew Gilbert decided to create a modern, friendly graphical interface — IQmol — to address this pressing question.  By using IQmol as the portal to a Q-Chem server (even if that server is literally on the other side of the planet), it becomes quick and easy to access most of the key features in Q-Chem and anyone with a basic understanding of chemistry will find that he or she can confidently construct and manipulate 3D molecules, set up, submit and store Q-Chem calculations, and analyze the results.

In this webinar, we will survey some of the ways that IQmol can be used to perform tasks such as building molecules, running calculations on the public Q-Chem server in Pleasanton, visualizing frontier molecular orbitals, optimizing molecular structures, and predicting IR spectra. 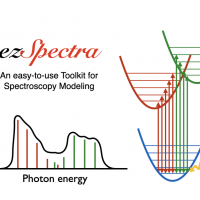 The ezSpectra Suite: An easy-to-use Toolkit for Spectroscopy Modeling
Webinar 48